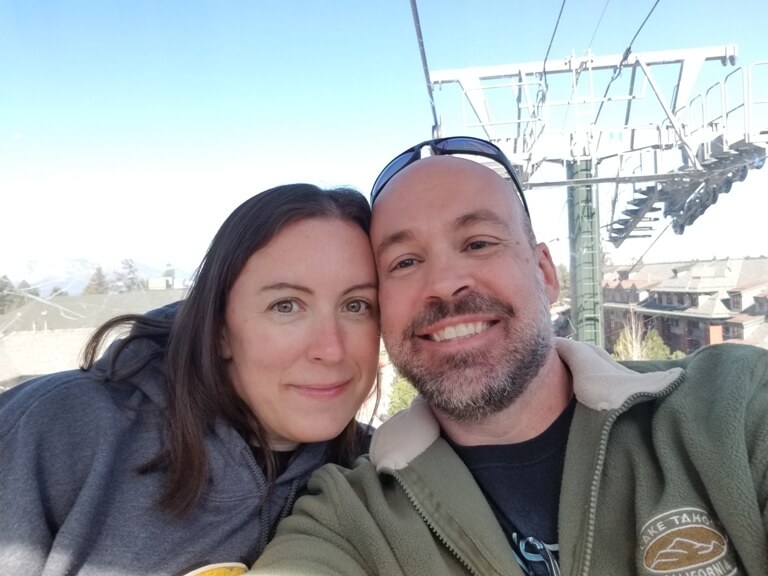 By Joseph Duffy, a contributor

Jerry died of COVID-19, and there was no way for Pattie to be there, so she relied on a group of nurses from Mercy Hospital in Lebanon, Missouri, whom she has since dubbed "Angels on Earth."

"The level of compassion and respect they gave my dad and us on the other end of the phone was incredible," Pattie said in an interview with local TV station KY3 in Springfield, Missouri. "They made me feel like I was the only patient’s family member."

This compassionate act was one of the reasons Mike was chosen for the 2021 Commitment to Excellence Award for Compassion—one of just four accolades bestowed by AMN Healthcare during Nurses Month in May for nurses who positively impact patients' lives their families every day.

Mike, who works travel contracts with NurseChoice, an AMN Healthcare company, was surprised and appreciative of the recognition but quickly pointed out that compassion is integral to the job.

"I don't view anything that I do, did, or will do as abnormal or extraordinary," he said. "I just view it as what I'm here for.”

“Our job is simple in the context of going into any setting, meeting any individual who needs your care, and just showing them that you love them,” he continued. “I don't care where you're from or anything else. All l have to do is show you that I love you, and we're going to get through our night together, and I'll keep you as safe as possible."

There were two driving forces behind Mike becoming a nurse and then a travel nurse: Mike's son and Kristin's wife.

Mike's son was born with spina bifida, a disability of the spinal column. After being by his son's side for eight surgeries over eight years, Mike and Kristin had plenty of experience observing the level of care nurses gave their son – some good and some bad.

A motivating incident occurred while Mike watched his son get an IV, a procedure that terrified the toddler. When a nurse was hooking up the IV, Mike's son started screaming. And the nurse yelled at him.

Mike told the nurse to leave the room and never work with his son again.

Knowing they could do better than what they witnessed, Mike and Kristin decided they could help many people and make a good living by becoming nurses. So they did.

At the age of 40, Mike graduated from nursing school in 2014. He worked full-time in pediatrics and then moved to adult ICU. Kristin became an oncology nurse, with both of them working in Baltimore.

The push to try travel nursing

Mike worked full-time for about five years before taking a hospice management position, which he soon regretted. “I wasn't with patients anymore, and that's what I craved."

Unhappy in his management position, but with three kids, a wife, and a good-paying job, he wasn't sure what to do next. Then he and Kristin discussed travel nursing, and his wife gave him the support and push he needed to make a move.

"Without Kristin's support, none of this would have happened," Mike said. "Much of this was her idea, and I'm extremely grateful for her love and encouragement."

Mike had reached out to numerous travel nurse companies and found the recruiters lacked basic customer service skills, such as calling back or being courteous. But when he talked to NurseChoice placement manager Julie Bonsack, Mike knew he found the right person and the right agency.

"Julie does her job," Mike said. "She does what I need her to do. She's positive, and she's committed."

Today, Mike is enjoying being a first-time nurse traveler.

"What I like the most about traveling is you come into a unit that's already established, and you don't necessarily have to be bogged down in all the minutiae that go on when you're a full-timer," he said. "You get to integrate with the staff, but you also get to spend your time with your patients, focusing exclusively on their care. And let's face it, anybody who really wants to do this job, in my opinion, do it to take care of their patients.”

“I get to focus on that exclusively, it seems, and I feel less encumbered by other things by being a traveler. There are stressful parts to traveling, but you get to see new places, focus exclusively on patients, and make good money."

Working through the COVID pandemic

Mike is still at Mercy Hospital in Missouri, where he helped Jerry Page navigate his final days.

He has seen many COVID patients fill the hospital beds since October 2020, including several that didn’t make it.

"My experience with COVID has been horrible," he admits, but as difficult as the patient losses have been, Mike enjoys what he does because his care is fueled by compassion.

"These people who come here and get sick need compassion," he said. "And that's what I enjoy about taking care of my patients. Even though we lost those people, I helped make a difference in their lives. Caring for them was challenging, tiring, stressful, and often miserable, but I loved doing it."

Finding purpose in every nursing job

Mike once gave a speech to a graduating class at a nursing school. He spoke about the Avenger character Loki, who is Thor's brother, as a way to point out the purpose and privilege of a nursing career:

"Loki appeared on earth for the first time at the beginning of the Avengers movies and said, 'I am Loki of Asgard, and I'm burdened with glorious purpose,’” Mike said to the class. “Loki was crazy, trying to take over the world and become the world's king, which clearly is not glorious. But you all now have a glorious purpose of touching people's lives. There's nothing deeper, more special, more intimate, or more perfect than that. And you get to choose how you touch their lives. You can touch them positively with every interaction to the best of your ability—and nothing is more glorious than that.”

Mike believes that without compassion as your nursing foundation, you're just going through the motions. And what would be the purpose in that?

NurseChoice is seeking talented and compassionate travel nurses for assignments throughout the U.S.

FIND TRAVEL RN JOBS or APPLY WITH NURSECHOICE to connect with a recruiter.

In patient assessments, some conditions present differently with different skin color. Nurses, here’s what to look for and how to provide the best care.