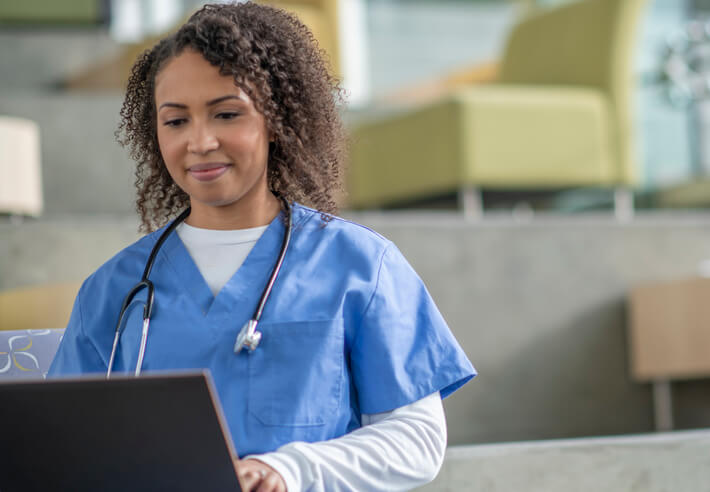 The summer of 2017 marks a new era in nursing practice in the United States, as the enhanced Nurse Licensure Compact has now been enacted.

This revised version of compact nursing licensure is set to improve access to care and patient safety while making it easier for nurses to practice across state lines with one multistate license – whether in person or through telemedicine.

The enhanced Nurse Licensure Compact (eNLC) was officially enacted when North Carolina Gov. Roy Cooper signed legislation to become the 26th state to join the compact on July 20, 2017. That also became the effective date for the start of the compact commission, an agency governing the compact.

What’s next for the enhanced Nurse Licensure Compact?

The new commission, including representatives from the first 26 compact nursing states in the enhanced NLC, will propose rules governing the compact and sharing them with the public during a comment period.

With the interstate commission created, the enhanced NLC moves into an implementation phase for a minimum of six months.

As part of the legislation, the 21 states in the original compact (NLC) began a six-month withdrawal process from that compact, beginning on the day the enhanced compact was enacted.

“It’s important that that also be the date the enhanced is implemented, so the nurses in those 21 states have uninterrupted practice,” said Jim Puente, MS, MJ, CAE, director of the Nurse Licensure Compact for the National Council of State Boards of Nursing (NCSBN).

What will nurses in nursing compact states need to do?

Nurses in any current nursing compact state that moved to the enhanced compact are grandfathered into the new compact; they will not need to do anything to obtain compact nursing licensure if they held a multistate nursing license on July 20, 2017.

The five new compact nursing states are Florida, Georgia, Wyoming, West Virginia, and Oklahoma. These states were not part of the original compact.

The board of nursing in these five states — and any others that join the new compact in the future — will determine if a nurse meets the uniform requirements for a multistate license.

The requirements for registered nurses and licensed practical nurses to obtain multistate, compact nursing licenses include:

“Most states have these requirements in place already,” Puente said.

“Telehealth continues to grow by leaps and bounds,” Puentes said. “A nurse needs to be licensed in the state where the patient is located.”

Nurses working at centers of excellence may be caring for patients from other states and need to follow up with these patients, as well.

2. Volunteer stints. Nurses who want to volunteer for disaster relief or other quick-response, short-term projects in other states can benefit from compact nursing licensure.

3. Relocation. Military spouses and others who need to relocate with their spouse or partner will not need additional nursing licenses when relocating to compact nursing states.

“In states like Florida, which is tourism-driven, Florida requires a tremendous amount of contract nurses to supplement the workforce in peak season,” Puentes said. “This will allow Florida to be prepared and not have a delay in the licensing process.”

Which states are part of the eNLC?

As of July 20, 2017, 27 states have signed legislation to be part of the enhanced Nurse Licensure Compact.

Four original nursing compact states — Colorado, New Mexico, and Rhode Island — have not yet joined the enhanced Nurse Licensure Compact. Nurses in those states will be limited to practicing with compact nursing licensure in those four states until their state joins the enhanced NLC.

Puentes said all four of these states have indicated they plan to join the new compact.

Getting more states to join the new compact

The NCSBN’s goal is for all 50 states to join the enhanced Nurse Licensure Compact. There are still 24 states to go, but Massachusetts and New Jersey already have pending legislation to enact the eNLC.

“The compact was revised precisely to bring on those other states,” Puentes said. “When we realized in 2015, there were hold-out states, and we looked at the barriers.”

Official implementation of the eNLC will go into effect Friday, January 19, 2018.

Be an advocate: On the NCSBN’s NurseCompact.com site, nurses can write to their legislators to support the enhanced Nurse Licensure Compact.

WANT TO EXPLORE new states as a contract nurse? APPLY with NurseChoice to start working with a recruiter.

Meet Mary S., a rapid response nurse and registered nurse for almost 40 years. Learn how she tackled the pandemic head on and helps nurture future nurses to do the same.

Profiles and Features AUG 22, 2021
‘Put Me Where You Need Me’: RN Reflects on Crisis Nursing Jobs

ICU nurse Teri Knight took crisis nursing jobs across the country in the midst of the COVID-19 pandemic for a chance to do something intensely meaningful.