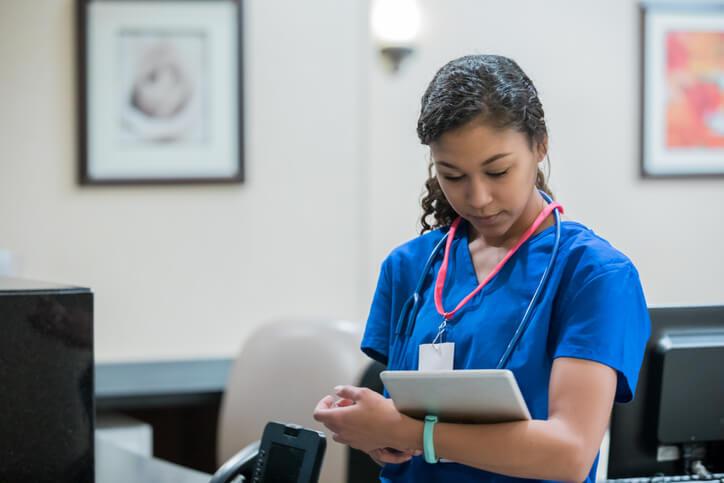 Working with patients, nurses will have many occasions when they need to call on nursing ethics to deal with difficult situations.

“Every day, nurses in all hospital departments face a variety of ethical issues and they need to reconcile their own values with their nursing professional obligation,” said Marian Altman, RN, MS, CNS-BC, CCRN-K, clinical practice specialist with the American Association of Critical-Care Nurses (AACN).

“There are a variety of reasons that nurses are not able to reconcile this conflict, such as lack of resources to do so and lack of time. Not addressing ethical issues is a problem. If the nurse ignores the issue, it may lead to burnout and they're leaving the unit and/or the nursing profession.”

Nurses who do not heed the nursing code of ethics could also find themselves in legal trouble.

Not surprisingly, nursing professionals who don’t know the code of ethics may face a higher risk of being involved in situations that could lead to disciplinary charges or malpractice litigation, added David Griffiths, senior vice president, Nurses Service Organization, a professional liability insurance provider.

Every nurse should become familiar with the Code of Ethics for Nurses, developed and released by the American Nurses Association (ANA).

“It’s a framework for helping nurses with issues that might arise,” said Connie M. Ulrich, PhD, RN, professor of bioethics and nursing at the University of Pennsylvania School of Nursing and Medicine in Philadelphia and author of Nursing Ethics in Everyday Practice.

Additionally, Altman suggested contacting “the hospital's ethics committee, the hospital code of conduct or a variety of educational resources. Some organizations have an ethics consultation service whose members round and proactively assist staff to discuss potential and/or real ethical issues.”

What are the Four Common Ethical Dilemmas in Nursing?

Concerns that patients and their families have not been fully informed about their treatments or clinical prognosis is a common ethical concern of nurses, Ulrich reported.

“It can create great concern for nurses,” Ulrich said. “Patients feel more comfortable asking the nurse to decipher what was said [by the doctor]. But it’s an ethical issue about how much they should convey.”

This is especially true about end-of-life decision making, she said. But nurses may not be prepared to have this discussion. She suggested building stronger interdisciplinary teams.

Another example of an ethical dilemma is telling the truth to a patient vs. being deceptive, Altman said.

“Sometimes families request that patients not be told about their medical condition or diagnosis,” Altman added. “The nurse must consider the patient's right to know. How does the nurse know what the family is saying is true?”

The nurse has an obligation to the patient and the ethical principles of nonmaleficence and fidelity—the obligation to prevent harm and the obligation to be faithful to your colleagues, Altman said, adding, “The nurse’s own value of truth-telling must also be considered.”

“They may feel the behavior should be reported because of the threat to patient safety but hesitate to do so because it would worsen inadequate staffing,” Delgado said. “Some dilemmas can be framed as competing obligations, such as protecting the patient on one hand and protecting the staff on the other. The principles to consider are nonmaleficence and fidelity.

“Solutions often become apparent when we stop and consider all the possible actions available to us,” she explained. “Beyond report or don’t report, there may be an option to talk to the individual in question, assess his or her awareness of the incompetence, and encourage further training, education or practice.”

“The Code of Ethics for Nurses with Interpretive Statements is clear that nurses are bound in their duty to protect human health,” said Ruth McBain on behalf of ANA. “As the guiding voice for nursing ethics in the United States, the ANA feels that it is important to take a strong position on issues affecting human dignity and societal health.”

FIND a nursing job you can be proud of with NurseChoice, a leader in short-term travel nursing assignments and critical staffing.

Contract Nursing JUN 11, 2021
The One Travel Nursing App You Don't Want to Miss

Love travel nursing apps? This one should top your list, as it puts you in control of your travel nursing life and offers a chance to win $25K if you download by July 1, 2021!