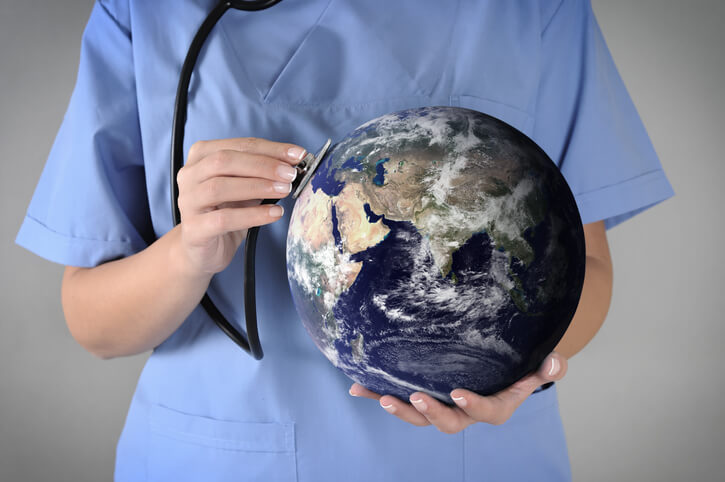 Travel Nurse Goes Above and Beyond Borders to Care for Others 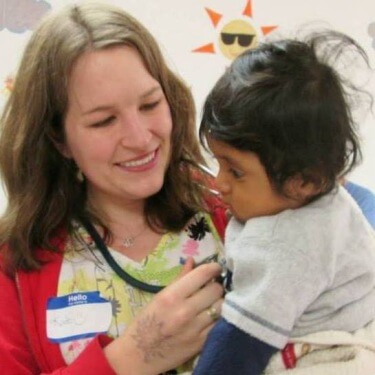 At 25 years of age, Katherine Stradling, RN, BSN, may seem young, but this extraordinary travel nurse has already experienced several nursing accomplishments. Many of them have been volunteering, helping provide care, training, and medical supplies where they are desperately needed.

Her career path has been a natural extension of her desire to help others. To Stradling, nursing represents the “perfect balance of science and patient care. A nurse is there through it all, every step of the way--a nurse isn’t just there to cure the problem or disease.”

Most of Stradling’s family works in some service capacity--her brother is on the police force, and her sister works with a church--so nursing seemed like a logical choice for her vocation. After nursing school, she began working at the county hospital in the ICU. After a few months, she felt the nagging desire to explore different hospitals and experience new atmospheres.

She discovered that travel nursing could provide the opportunity to use the skills she’d already acquired to explore other working environments and cities. So, just two years after beginning her career, she signed on with NurseChoice, a leading travel nurse agency specializing in short-term, rapid response travel nursing jobs.

[FIND short-term travel nursing jobs across the U.S. with NurseChoice.]

A Call To Do More As A Nurse Volunteer

Stradling also began to feel called to international nursing. Although she realized that certain things in the world an individual could not fix, she would do her best to affect her problems. This is the mentality that led her to become a disaster nurse with the Red Cross. “You can’t do much to prevent disaster, but you can help people after a disaster,” she explains.

Next, she joined the Aeromedicos group out of Santa Barbara, Calif., an organization dedicated to organizing medical missions to Mexico. After her first volunteer mission to the Baja California Peninsula, providing basic medical and dental care to people with no access to medical help, Stradling was hooked.

Improving Access To Medical Care And Supplies In Mexico

During that first trip, she noted that ambulance systems and basic medical supplies were virtually absent from the areas where her group was helping. If the community had an ambulance service, it resembled a taxi service instead of any medical assistance.

“[The locals] told us that sometimes, you could call 911, and no one would show up. People were dying unnecessarily. No one should die because they can’t afford medical attention,” she said.

She made it her goal to come back and make a real difference in these areas. She recently organized and executed a 10-day trip to Baja with other Aeromedico volunteers. After months of planning and making arrangements with the Mexican government, she packed up her entire house, put in three shifts in the hospital, and boarded a plane to head south of the border.

Stradling’s first big task: to set up CPR courses. She recalls that the first time they had offered the course, it happened to fall during the Holy Week of Easter--a big event in Mexico. She had hardly expected anyone to show up, but before she knew it, she was teaching CPR to more than 150 people.

After another successful round of CPR education on this trip, Stradling and the group tackled the almost nonexistent first-response system, stocking ambulances, and hospitals. Their efforts resulted in five fully stocked ambulances and a stocked hospital. She even used a completion bonus from one of her travel nursing jobs with NurseChoice to purchase five AED defibrillators.

“It was so awesome to see,” said Stradling. “To be able to hand out the AEDs and supplies and see how grateful and appreciative everyone was incredible--and the funny thing is, they had no idea how much it meant to me. It made all the hard work, sweat, and tears worth it.”

Soon after returning to the United States, she was gratified to find out that one of the ambulances her group stocked saved three workers suffering from respiratory distress secondary to a gas leak. Because of the responders' training and the available supplies, the workers were safely transported to the hospital and regained consciousness after oxygen therapy. 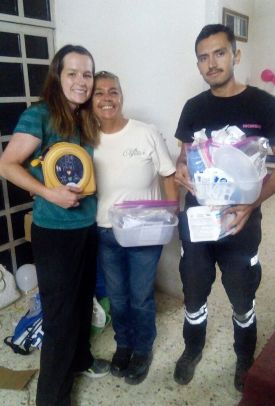 Back To Traveling In The U.S.

After returning from her trip in October 2016, Stradling is back in California, working a travel nursing assignment at Stanford Medical Centers. She knows that her second family in Mexico is just a plane ride away and will welcome her and her group with open arms the next time they organize a medical mission. “There are certain emotions there; you just don’t need to speak the same language as someone to understand.”

Stradling is busy exploring new avenues in nursing and her home state of California until the next medical mission trip, working with her NurseChoice recruiter to fulfill all of her career and wanderlust goals.

“Paige is one of the reasons I continue to travel,” she says of their bond. “She’s so supportive in every situation and cares about me as a nurse and as a person. If she can’t solve a problem, I’m having, and she’ll find someone who can.”

Stradling hopes to land a travel nursing assignment in a warm, tropical destination shortly. In the meantime, she continues to reap all the benefits travel nursing has to offer, from an ultra-flexible schedule with travel perks and free housing to a wide range of RN job opportunities.

“And I’ve gotten really good at picking up everything I own into a Toyota Corolla,” she jokes. “I’m really blessed. Everything I’ve ever needed or wanted, I’ve gotten.”

Profiles and Features MAR 06, 2019
10 Nursing Tools Every New Grad Nurse Should Have