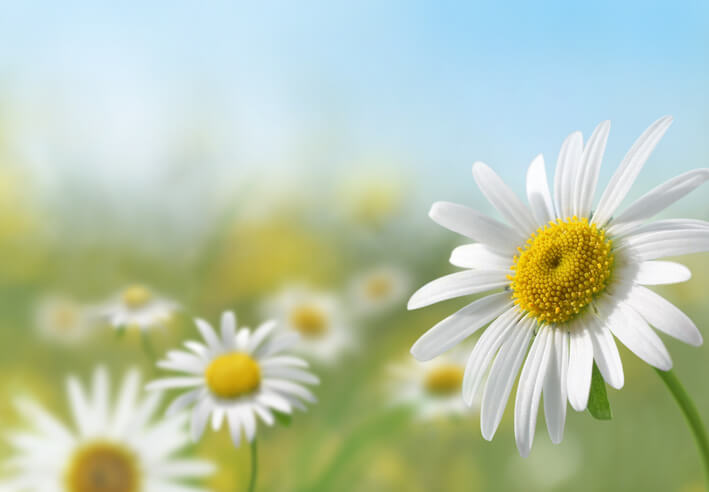 For the last 16 years, nursing has not only been Liana Corey’s profession, but it has been her passion.

The RN has spent her career working with various patients across many different types of units and clinical care settings.

Liana has always dedicated herself to providing the best patient care possible from the NICU and postpartum units to the ICU. And now, her years of hard work have been recognized by a special award.

Together with The Center for the Advancement of Healthcare Professionals, AMN Healthcare has partnered with the DAISYFoundation™ to recognize clinicians for the extraordinary skillful, compassionate care they provide patients and families. 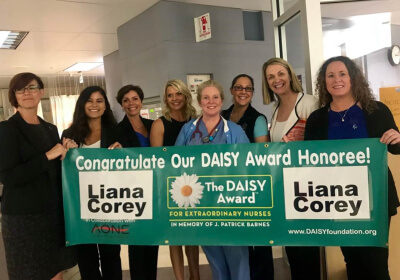 To provide ongoing recognition of our clinicians, one AMN Healthcare clinician will be presented with the DAISY Award® For Extraordinary Nurses every quarter. This quarter’s winner is Liana Corey, a NurseChoice traveler.

She first found out that she was nominated when her recruiter let her know that she was submitting her for the award.

It wasn’t until a couple of months later when Liana was on a travel nursing assignment in Santa Clara, when her recruiter and some other AMN team members surprised Liana with the award during a busy shift.

“I was floored when they walked in and so surprised,” Liana said. “It was really a neat honor, especially for the AMN crew to come all the way here.”

Liana has had many memorable experiences as a nurse. One of her most rewarding occurrences as a nurse happened when caring for a mother of twins who had complications from her C-section surgery. She didn’t know it at the time, but the husband of her patients was actually a practicing anesthesiologist.

“At the end of my 12-hour shift, he told me how impressed he was with my care and gave me a lot of thanks and praise. It was an elegant moment because it felt good to be a part of the best day of their lives in the delivery of the babies, and then help the mom go from not doing so well to seeing great improvements in her status.”

Liana is the proud mother of two college-aged children and decided to embark on a full-time career as a travel nurse once they left for school.

She dabbled in traveling during the summers when her children were younger and then officially started traveling in July 2016.

Since 2016, Liana has traveled to many different places--including Boston, Los Angeles, and the San Francisco Bay Area--and credits travel nursing with helping to grow her skill set and learn more as a nurse.

“Traveling is a whole different ball game, and it is so fulfilling,” she said. “I absolutely love it!”

She just extended her current assignment in Santa Clara and now has her sights set on an assignment in the Denver or Boulder areas of Colorado. From there, she hopes to take her travel nursing career to Hawaii and Australia.

“My favorite part about being a nurse is that my first love is total family care. I love to take care of the mom, baby, sibling, etc., and be part of the family's whole care. I’ve always been in the NICU but have cross-trained in many other areas like mother/baby, ICU, preventative care, community health, and pediatrics.”

“One of my selling points as a traveler is that I can float too many different units and areas because of my broad background.”

Profiles and Features JAN 12, 2021
10 Characteristics of Nurses Who Are Most Successful

What distinguishes successful nurses? A commitment to excellence is the starting point, plus these 10 characteristics, as defined by top nursing leaders.