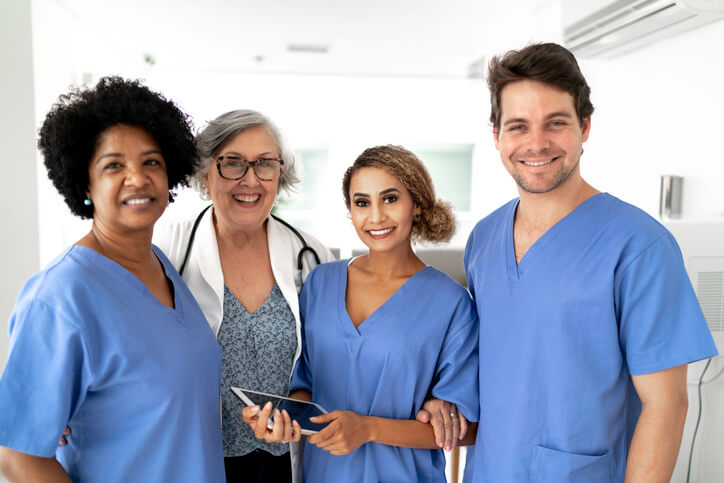 The Nursing Career Outlook for 2018

If you’re soon to graduate from nursing school or looking to change positions within the field, you may be asking yourself: Is nursing a good career for the long term?

The good news is: The general nursing job outlook in 2018 is definitely positive.

Find out more about the nursing job outlook in 2018 and why now is a good time to start your nursing career.

Is Nursing A Good Career?

According to the Bureau of Labor Statistics, the number of registered nursing jobs available is expected to grow exponentially by about 15 percent by 2026.

This is considered to be much faster than average when compared directly with other industries and jobs.

The American Nursing Association agrees, stating that by 2022 “there will be far more registered nurse jobs available than any other profession."

What Are The Reasons For Such Rapid Growth?

Nursing jobs are available now more than ever before for several reasons.

ANA Health Economist Peter McMenamin believes job prospects are also good because many nurses are retiring in the coming years.

“There’s a big chunk of nurses who got their initial degree in the 70s," says McMenamin. "They represent 40 percent or more of employed nurses, and they can’t defer retirement forever."

That's going to put hospitals in an even bigger nursing shortage, making it a job hunter's market for new RNs.

According to the ANA, with about half a million nurses expected to retire by 2022, more than a million positions may be open across the country.

Top Benefits Of Becoming A Nurse

Aside from a positive job outlook, a career in nursing offers many benefits, including:

When you consider these benefits and the positive projected nursing job outlook, it’s clear that now is a great time to explore a nursing career.