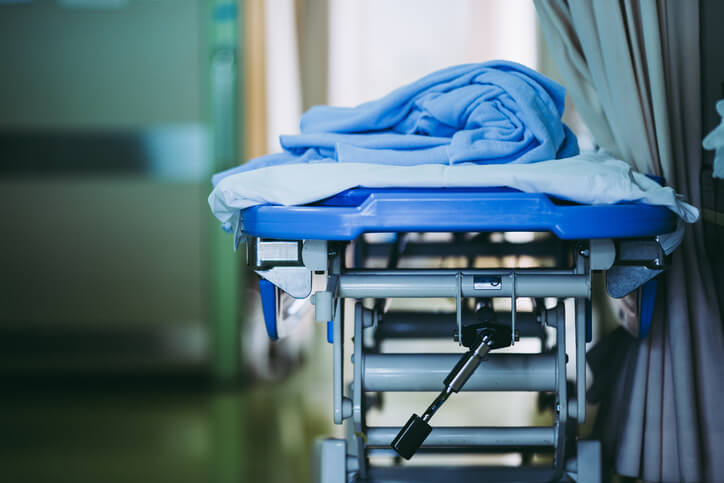 Nemours Children’s Hospital in Orlando recently hosted its first Honor Walk to recognize a young patient whose family had chosen to donate his organs to help save other people’s lives.

Thanks to Anne McGinness, RN, a contract nurse working with NurseChoice, the young boy received this special honor in the last moments between life and death.

It was Anne’s idea to hold an Honor Walk for the boy, a 12-year-old boy who had suffered an aneurysm.
Anne has been working at the hospital since March. When she was asked to be the little boy’s nurse on his last day, while others, including the organ procurement organization, worked on the plans for organ donation, she considered it a privilege.

“I thought it was a fabulous honor to care for someone who will be donating their organs,” said Anne. “I really felt like we needed to gather our forces and make it happen.”

Honor Walks are growing in popularity in medical facilities. Typically, hospital employees take a few moments away from their duties to pay tribute to an organ donor in their last minutes of life. They gather along the hallways, often between the intensive care unit and the operating room where the organ recovery process will take place. They stand at quiet attention as the person’s bed is wheeled by.

Anne had never organized an Honor Walk before, but she didn’t let that deter her. She approached her charge nurse, who then approached the night charge nurse. Conversations began to happen all over the hospital. And soon, Anne got the thumbs up for the Honor Walk. They just had to wait until they received notice that it was time to take the boy to the OR.

In the meantime, Anne spoke to the boy’s older siblings, who were his guardians. “They said, ‘we would be so honored, that you care so much to show us this kind of respect,’” said Anne.

Introducing the hospital to Honor Walks

Imagine almost 100 people lined up along a hallway. Imagine their faces, serious and wide-eyed, as they watch one of their colleagues slowly push a hospital bed down the hall to the operating room.

Imagine the boy’s grief-stricken family, walking behind his bed. Imagine their gratitude to see so many people, paying their respects to their loved ones.

Everyone in the hallway was solemn and quiet, as the boy’s family walked by.

“Although they were very sad, they were also so filled with hope because they were saving someone else from having to go through that pain,” said Anne.

And they told her that their brother had had a very special spirit. “He would have been so excited to know that he was helping some other family not to be sad,” Anne said.

Future Walks in the works

Anne passionately believes in the care that she provides, whether it’s for the organ donor or the organ recipient--and she’s done both kinds of work.

“Organ donation is where my heart lies,” said Anne. “I just really believe in it.”

This was her first Honor Walk, but not her last. Nemours is already in the process of implementing Honor Walks for future organ donors. And Anne’s grateful that she was the impetus for making such a meaningful change.

“Children organ donors are superheroes, and I don’t think they get as much credit as they deserve,” she said. “And the families of those children, willing to donate organs on the hardest day of their lives. I think those families deserve to be recognized.”

Anne received some recognition, too. The hospital presented her with a special ROSE Award for her contribution. “That was an especially nice feeling,” she said.

She continued, “A lot of times, travelers have input that places really need. It’s nice to be able to share who we are. And there’s a reason that we land where we land, but I think we as travelers sometimes forget that. Maybe this was why I’m here. It’s nice to know that it mattered and that this family felt honored and recognized.”

Profiles and Features MAR 06, 2019
10 Nursing Tools Every New Grad Nurse Should Have